Home > About Us > Our Advisory Council 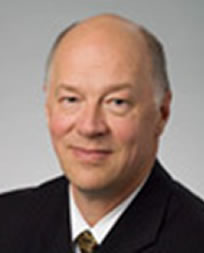 Don is the passionate Founder and executive visionary behind Strata Health since its beginning in 2001.

With a record of consistent business success spanning 35 years, Don’s career includes executive responsibilities within global leaders Procter & Gamble and PepsiCo prior to launching his entrepreneurial career. In 1988, Don co-founded Carlyle Computer Products Ltd. which was twice named one of Canada’s 50 Best Managed Companies prior to being acquired by Boise Cascade Corporation.

Don’s organizations are consistently known for delivering cultures focused to delivering on strong strategy, living to high ethical standards; all while displaying a passion for client service.

Don has been a guest lecturer at Simon Fraser University and at the British Columbia Institute of Technology. He has addressed the Canadian COACH eHealth Conference, the UK Trade eHealth Expo at Cambridge University, and the Australian National eHealth Symposium in Brisbane.

Don – a British Columbia Top 40 Under 40 recipient, graduated from the University of Winnipeg with a BSc Hons and is a long-time resident of Vancouver, British Columbia where he lives with his wife, Linda. 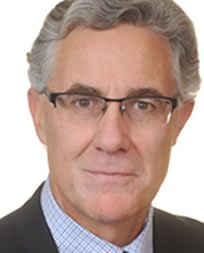 David is Vice President, Investor Relations at Sierra Wireless, the global leader in machine-to-machine wireless connectivity. Previously, he was Vice President, Communications at Hill + Knowlton Strategies (Canada). David has worked for four large publicly-traded corporations (QLT Inc., PMC–Sierra, Finning International and Duke Energy) in Vancouver doing investor relations, corporate communications, corporate marketing, branding, and strategic planning. He also worked for Ernst & Young Consulting in Toronto and Vancouver as a member of the Transaction Advisory practice. David has been actively involved with the BC Business Council, the BC Technology Industry Association, and is a member of the Board of Directors of Wavefront Wireless Accelerator. He holds a B.Comm degree from UBC and an M.A. (Journalism/Communications) from the University of Western Ontario.

Managing Partner Dr. Craig Mitton presented in Washington DC on Feb 1, 2018 at a symposium hosted by Health Affairs and the National Pharmaceutical... More )

Even though PBMA has been around longer than smart phones, DVDs and the World Wide Web, there remains some uncertainty about its purpose and how it works to help manage an organization’s budget. So, to set the record straight, we’ve compiled and responded to the most common misconceptions about... More )

Program Budgeting and Marginal Analysis (PBMA) is a framework designed to guide resource allocation decisions in a manner that is explicit, rigorous and transparent. PBMA has been around for over 30 years and has been applied to many fields, including application in over 150 health care organizations... More )